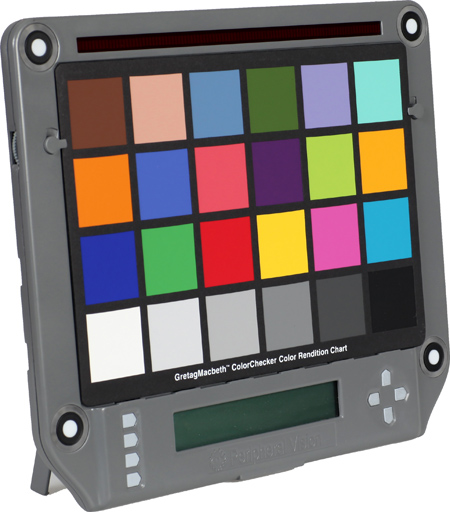 The Isolight light meter system is an excellent addition to any image quality testing workflow. It’s four incident light sensors, one at each corner of a standard test-chart, measure light intensity and uniformity.  By ensuring that your test images are perfectly lit, the Isolight helps you get the most accurate readings and highest quality calibration.

If you need to measure color as well as illuminance, you may want to consider the Isolight Color.

[1] Varies depending on system settings

[2] Varies depending on system settings

To aid your development, we have developed MATLAB drivers for the Isolight.  While these drivers are not ready for release, we are looking for beta testers.  If you are interested, please contact us. 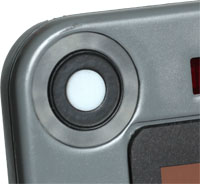 The Isolight measures illuminance (in lux) in all four corners of the chart using photopically accurate, cosine-corrected sensors.

Customers and industry standards specify test light levels and uniformity, but achieving the right lighting is tricky and tedious.  The Isolight makes it easy.  Innovative LED indicator rings around each light sensor to show when the light level is too high, too low, or within target levels.  Set your target light level in lux.  Set uniformity in either lux or percent.  The indicator LEDs change color to show whether each corner is too bright, too dark, or within specifications.   Easy.

Retractable clips and a lipped shelf hold test charts of all sizes.

The LCD display has many display modes, so you can see the information you need most.  The backlight automatically adjusts to the ambient light level so that display is readable in captured images.  The display modes include:

The Isolight includes a 100 LED chaser display.  The LEDs light one at a time, in sequence and at a user-settable rate.  The LED chaser can be used to measure a wide range of time-related imaging parameters, including frame rate, integration time, frame-to-frame jitter, and shutter lag.

Measure from Milliseconds to Minutes – easily measure the fastest single frame exposures all the way to minute-long exposures or video clips.  Step time is programmable from 0.1 ms per step to 1.0 second per step and the total display cycle time is from 10.0 ms to 100 seconds.

Auto LED Brightness – Like other Isolight components, the LED chaser brightness can be set manually or to automatically adapt to ambient light levels.  In “auto” mode the LED brightness is set so that the LEDs are clearly visible at any light level but not so bright as to introduce light pollution.

Use the LED chaser to measure:

The Isolight can be mounted almost anywhere – in a light booth, on a table, on a tripod, or against a wall. 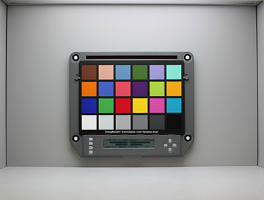 Rare earth magnets on back

The Isolight can be powered by 6 “AAA” batteries, the included DC power adapter, or over USB.  Please not that due to USB power limitations, the Isolight may not be able to operate reliably with all LEDs (chaser, LCD backlight, and corner indicators) at full brightness.

While our products are designed for a lifetime of reliable performance, we recommend recalibrating once a year to maintain peak accuracy.

Return your Isolight or Isolight Color light meter to our labs and we will perform a full inspection and recalibration.

The whole process typically takes less than a few days, ensuring that you are up and running again quickly.

We use cookies to ensure that we give you the best experience on our website. By continuing to visit this site you are providing your consent.OkPrivacy policy
Go to Top